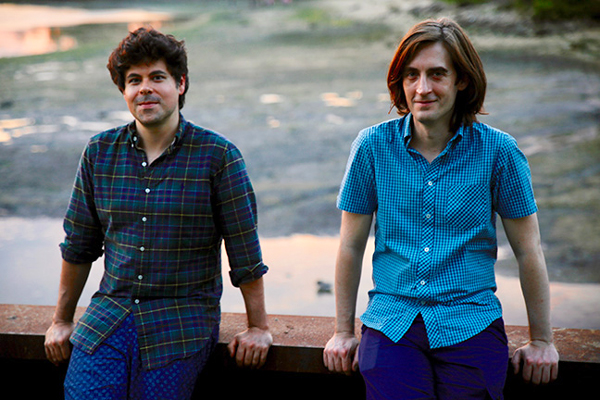 Howdy! We are James & Matt, owners of the Best Little Brownstone in Brooklyn.

Since we bought our house in the summer of 2014, everyone we know has asked us to see pictures. While we’ve taken them all along, they’ve mainly existed as an unorganized mess on our iPhones. So, this blog is an attempt to sort through it all and present to you where we were, where we’re at, and where we’re going with renovations.

But who are we exactly? I (Matt) am an Art Director / Graphic Designer who first moved to NYC in 2003 after finishing up school at NC State University. I also grew up in North Carolina, never having ventured too far from my home turf, so moving to NYC was (at the time) the biggest adventure of my life.

James arrived in NYC around 2005, after finishing up his Masters at Michigan State in Mathematics. He now works in finance, and is jealous that I can wear jeans to work everyday and he can’t. He’s also Canadian! And while he isn’t a fan of hockey, he loves obscure Canadian rock, donairs and maple syrup.

As for us, we met in late 2007 and have been having fun ever since. We’re both big fans of Star Trek, craft beer, Sriracha, and finding / bringing home junk we find on the street. We also share a love of all things old and vintage, so while working on this house together has had its challenges, it kind of represents the ultimate street find and constantly keeps our wheels turning. Oh, and we also love open houses! We go to every one we can— each one is unique and beautiful in its own way, and are a great source of inspiration for our own house.

Finally, we extended the clan to include our pug Owen, and our cat Dairy. They get along about as well as you could expect from cats and dogs, and definitely add a lot of life to our big, old house.

So, that’s us in a nutshell. Any other questions? Ask away!