While our house has quite a few of its original details, one major thing that was missing was the front entry tile. Based on many of the other houses we’ve seen, it’s somewhat common for the entry tile to be missing, as being walked all over for 100+ years tends to take its toll.

Here’s what our entry looked like when we bought the house. It had tile, but definitely wasn’t original, and was already breaking apart: 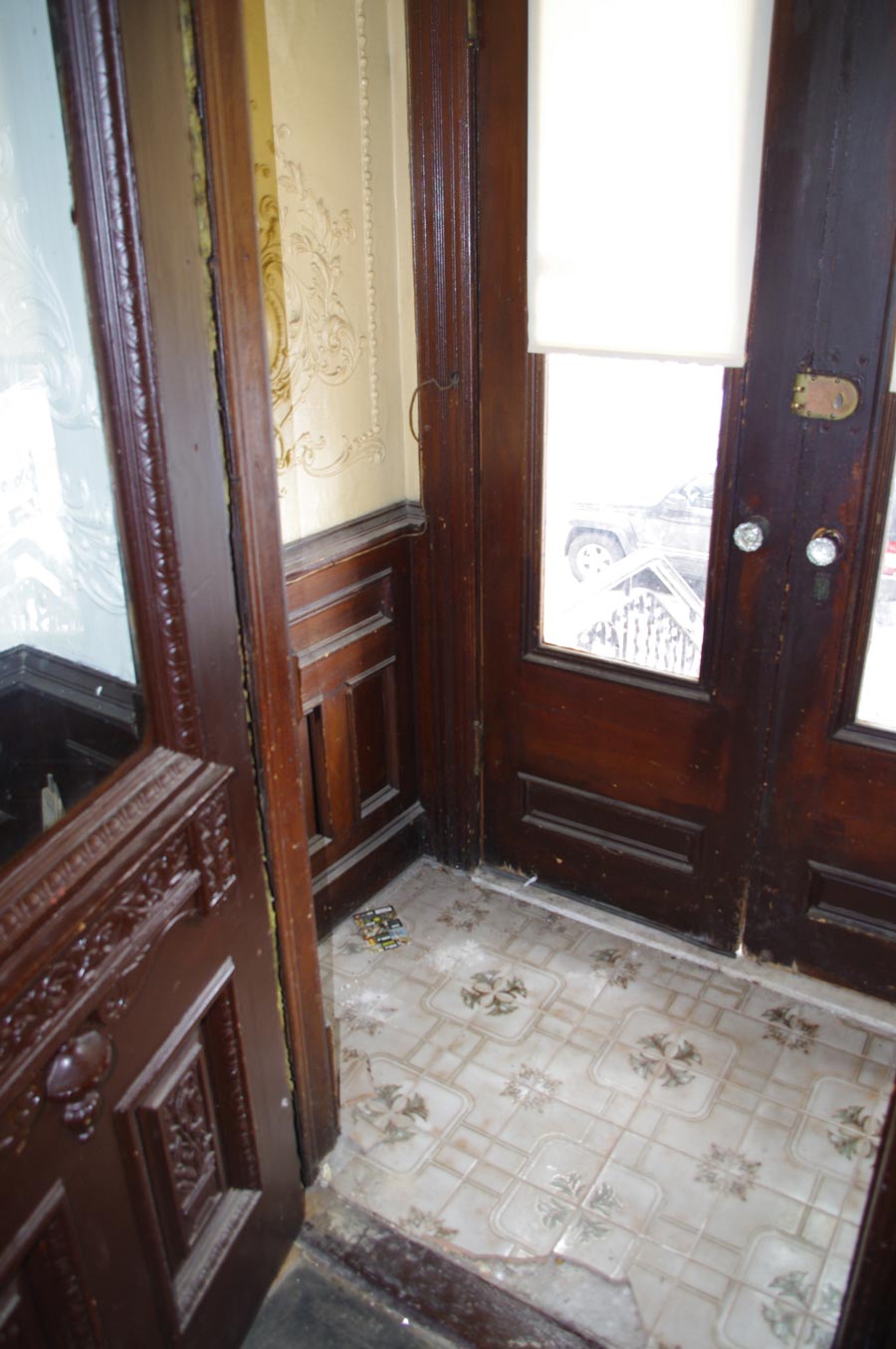 Initially, we looked into purchasing reproduction tile with geometric patterns similar to some of the original tile entries we’d seen in other homes. However, both time and money were an issue as the tile we wanted was both super-expensive and required a lead time of several months to receive.

Scouring good ol’ Pinterest, we’d come across a few examples that displayed the house number as part of the pattern. We thought this was pretty neat, as it was an opportunity to add a bit of “surprise and delight” (silly, but accurate marketing term) when you first set foot in the house.

As we were already using classic hex tile in other parts of the house, we decided to work with that shape to see what we could come up with. I began in the computer, setting up a hex pattern to see if I could get it to work with our address, 790:

Seeing that it might be possible, I decided to use the tile we’d recently laid in the tenant kitchen as a canvas to try out different ways of setting up the numbers. Using masking tape, I drew out what I wanted the tile to look like.

After speaking with our contractor about what we wanted to do— we took measurements of the entry, then laid out the tile ourselves on the living room floor. We started with the square foot tiles of white hex that are separate pieces glued to a piece of mesh for easy installation. From there, we removed individual white tiles and replaced them with black ones where the numbers and pattern would appear. It was a bit like putting a puzzle together— with the added challenge of getting all the pieces to line up both aesthetically and mathematically. In this first version, I had gone a bit overboard with the flower border.

After reducing the number of flowers, we were happy with the design and ready to move forward. To make it easy for the tile guy, we then tape the pieces together so nothing would get lost when they moved to tile to the entry.

And here’s how it turned out! We really like the personal touch it adds and hope it brings another 100 years of pleasure to all who enter.

Also, a bonus pic of Owen eating snow off the tile last winter: