Renovation Rewind #3: Let There Be Skylight

By design, brownstones tend to be long and narrow in order to maximize the number of homes that can fit on a block. Unless you have a coveted corner brownstone with windows on three sides of the building, you will only have windows at the front and back since the walls are shared with neighboring houses.

Generally speaking, the front and back windows supply adequate light for those parts of the house, but the middle areas tend to be fairly dark. One obvious solution for this, on the top floor at least, are skylights.

When we bought our house, there were two skylights upstairs — one at the top of the staircase with stained glass (which is fairly common) and one over the bathroom. The room between the bathroom and master bedroom (which we decided to make our walk-in closet) had no natural light — just the same vintage tin ceiling that was throughout the rest of the house, plus a basic overhead light fixture. 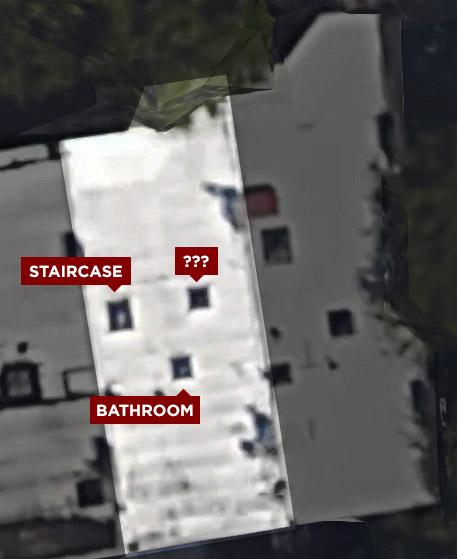 Switching gears for a second — we’re not on our roof often, but one day a few months after we purchased the house, we were up there checking on the chimneys and noticed to our surprise that there were three skylights — the two we knew we had, plus a mysterious third.

I’ll turn to Google Satellite View to show you our roof and the positions of said skylights The top of the image is the front of the house.

Looking down into the skylight was dark, so it was obviously sealed — but where was it?

In the chute with ladder that goes up to our roof, some of the plaster was chipped away so you could see into the “attic” area of the house. This is a crawl space of sorts about 30″ tall between the ceiling of the top floor and the roof of the house. Through there, we were able to see where light was coming down into the attic. Based on what we saw, it looked like it was above the closet, so we got out the tin snips and decided to investigate further.

After ripping a hole in the ceiling, this is what we found!

We had already removed it before I took the photos above, but sitting inside the wood frame moulding of the skylight was this beautiful pane of etched glass. It was dirty and discolored, but not broken.

The etched glass still looks like this today. Eventually we’ll get around to cleaning and restoring it, though we’re not sure yet what we’ll do with it. Any suggestions?

After all the excitement of finding hidden treasure had died down, we were left with a big hole in the ceiling. The natural light was nice, but the jagged, gaping aspect of it was kind of creepy. Nevertheless, we left it that way for about a year as it wasn’t a priority and funds were needed for other projects.

The long-term plan is to turn the skylight room into a Sex in the City-esque walk-in-closet. We’ve already gotten some quotes on built-ins, but all are at least 10k, which is why it’s been put on the back burner. Though, about 6 months ago, we decided to go ahead and resolve the ceiling, which meant figuring out what to do with the skylight.

Ultimately, we wanted the closet to have a clean, modern look, so we decided to replace the tin ceiling with sheetrock, and add in recessed lighting. As for the skylight, while it did provide light, the chute was rather narrow, which resulted in a very straight down focused beam of light. Rather than replacing the actual skylight, we had contractors widen the area around the skylight, making the hole in the ceiling larger which would expand the area the light reached.

Here are a few shots of the installed ceiling and skylight before and after painting. 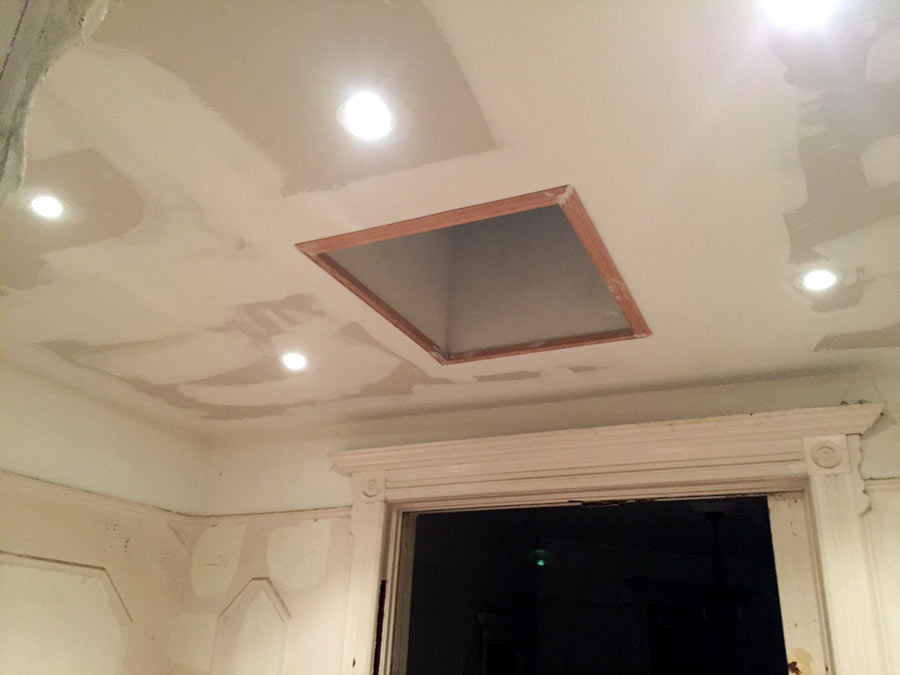 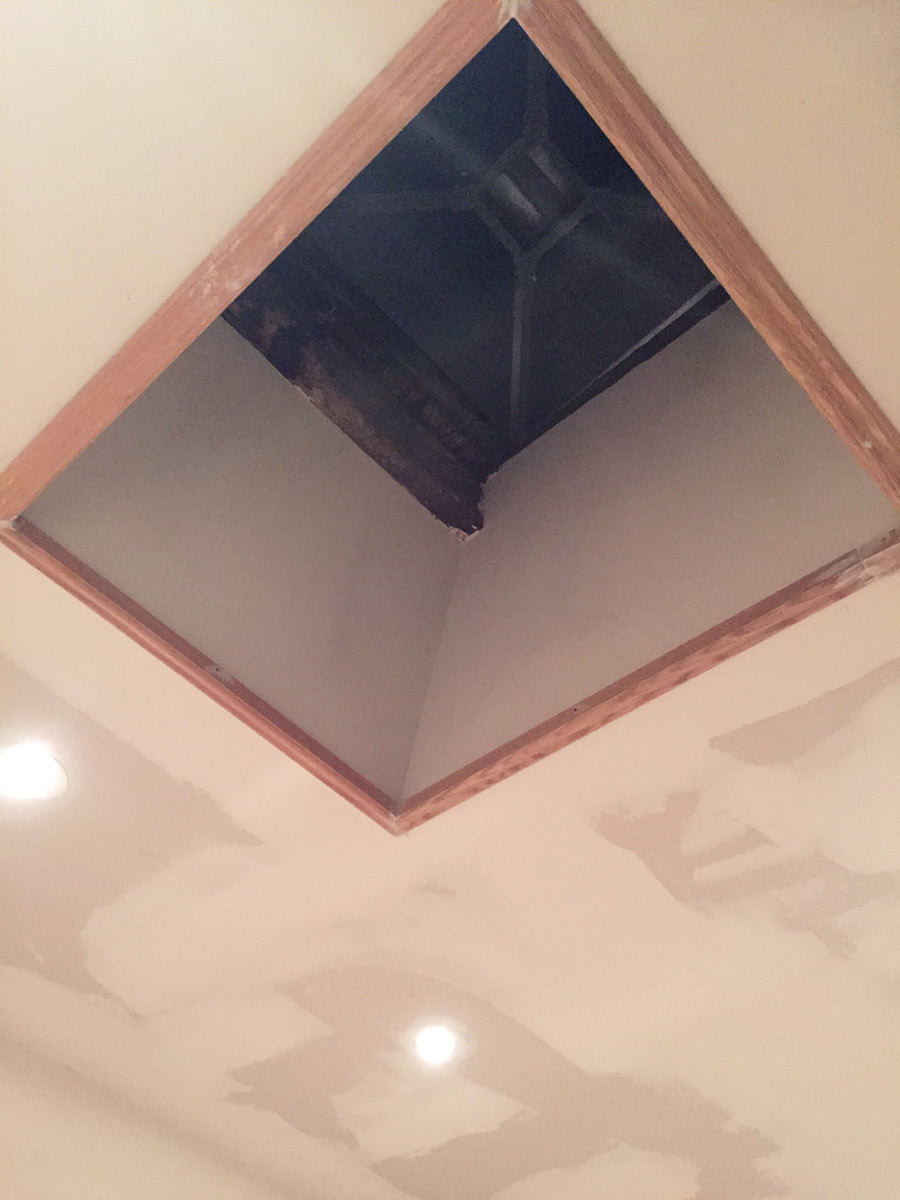 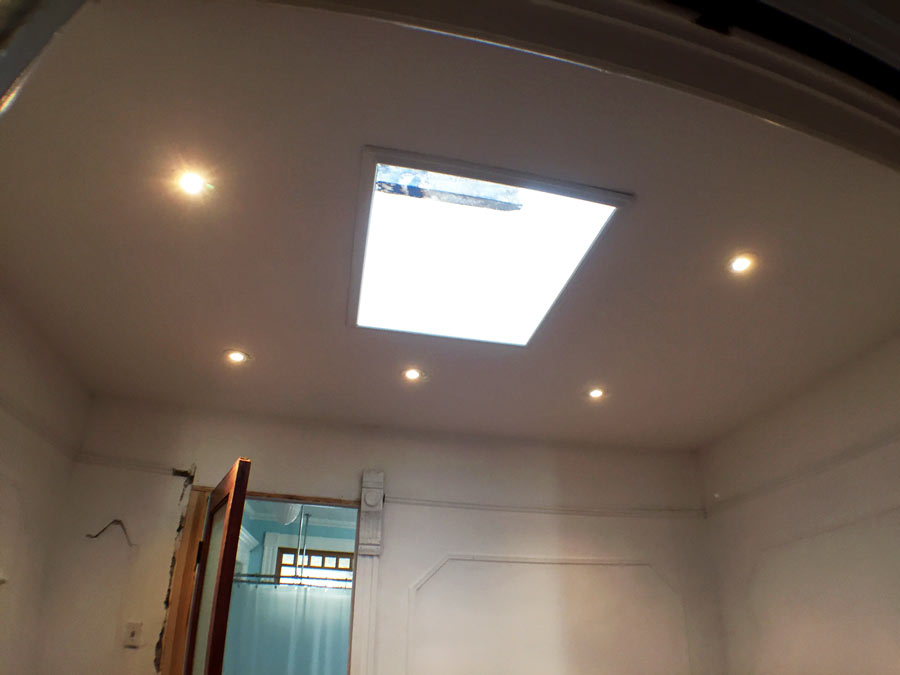 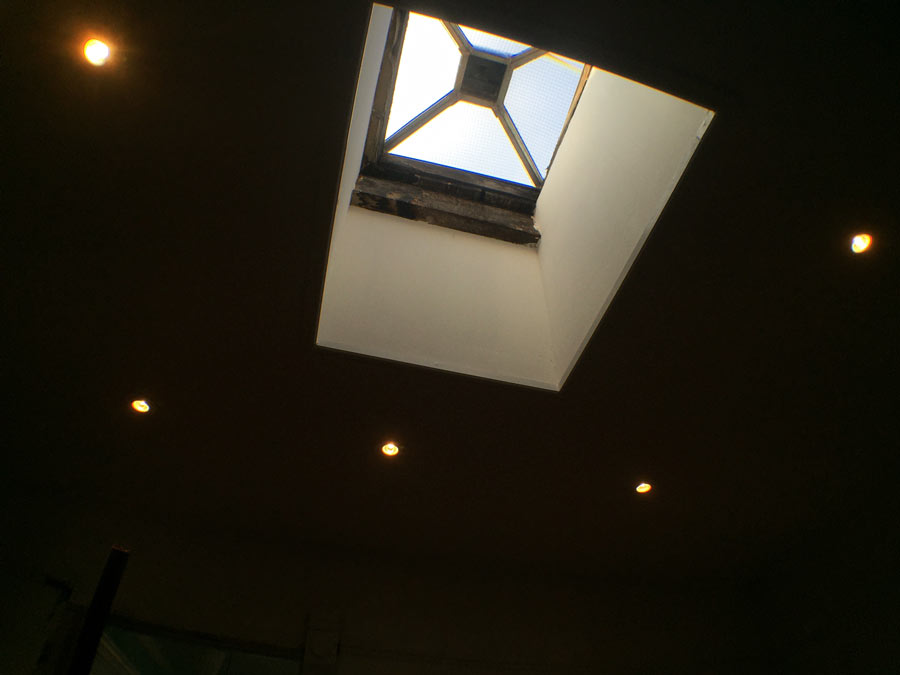 With the expanded skylight and additional recessed lighting, the closet feels much more bright and open. For now, we have our clothes on an assortment of garment racks, but the built-in units are on the to-do list. We’ll keep you posted!